The sun is shining, temperatures are climbing and we’re packing up a picnic for an open-air feast in some of London’s best parks and lesser-visited green spaces. Dining al fresco just got even more fun.

When the sun is shining and the mercury rising, there’s nothing quite like loading up a hamper (and a wine cooler) and digging into a picnic in the great outdoors. London may have a reputation for being the Big Smoke, but in fact, it’s dotted with some 3,000 parks and green spaces prime for pitching up with a feast.

Whether you’re grabbing an open-air bite at lunchtime or whiling away a weekend afternoon with friends, these are London’s best places for eating al fresco. Gingham blanket, optional.

Many of West London’s bougie green spaces are gated. Thankfully, Holland Park isn’t one of them. While many picnickers make a beeline for Kensington Palace Gardens, those in the know work up an appetite stomping around the ancient woodland of Holland Park, sweating out on its tennis courts or pootling about its pièce de résistance, the Kyoto Garden. Hungry? The benches by the koi pond and waterfall are a Zen spot for an al fresco feast.

Picnics needn’t mean loading up six tote bags with crisps, salads and enough melamine crockery to feed a small army; sometimes it’s about snatching an open-air bite in an otherwise busy day. Just off Oxford Street, Soho Square is perfect for doing just that. Fun fact: the half-timbered hut in the centre was built in the 20s as an access point to and a (now defunct) electricity substation beneath. This spot can get pretty busy with shoppers and local workers; for more peace, try the community-run Phoenix Garden a five-minute walk east.

An unlikely oasis sandwiched between London Bridge and the Tower of London, the 12th-century church of St Dunstan – designed in part by Sir Christopher Wren – was largely destroyed during the Blitz in 1941. Today, sunlight dances through vines that trail across the Grade I-listed ruins while a fountain tinkles in the former nave, making this a somewhat divine picnic spot – praise be! – albeit not when raining.

A haven for East Enders since 1845 (around nine million of them a year, to be exact), the “People’s Park” is loved for its al fresco eating spots and myriad attractions that include a Chinese pagoda, a boating pond and skatepark. Time your picnic right and you’ll run into summertime festivals such as All Points East. Pick up food from the chichi shops along Lauriston Road or take away a sourdough sarnie from the Pavilion Café. Nearby London Fields is another great – if supremely hip – option, serviced by Broadway Market.

At 2,500 acres, this is the largest of the Royal Parks, meaning it’s unlikely you’ll be knocking elbows with other Londoners even on a sunny day. Richmond’s 650 free-roaming deer tend to steal the spotlight (and your food, if you’re not careful), but pitch up here and you’ll be surrounded by ancient trees, rare species of birds, bumblebees and wildflowers too – just beware of the Lycra-clad cyclists along the bridleway. Our favourite spot? Isabella Plantation; have a post-picnic wander among its biodiverse ponds fringed by rhododendrons.

Hampstead Heath for a picnic? Groundbreaking. We only need the faintest glimmer of sunshine for Londoners to be trudging up Parliament Hill for skyline views or flocking to the grounds of Kenwood House with a hamper and wine cooler in tow. Beautiful as these spots are, we recommend heading west to the lesser-visited Hill Garden and Pergola – it’s especially whimsical when the wisteria is in full bloom. Should you be feeling a bit toasty after lunch, a dip in the swimming ponds will cool you right back down.

For those who really want to escape from the crowds of Hampstead Heath, Highgate Wood is prime territory for a picnic that feels like you’re far from the concrete jungle. Though it’s flanked by East Finchley, Highgate Village and Muswell Hill (a great spot for picking up some food, FYI), its canopy of gnarled ancient oaks and hornbeams give way to rolling fields dotted with sporting greens and a café. For some great Instagram fodder, visit during bluebell season. Like this? Venture farther north to Epping Forest.

Balmy afternoons are best spent lolling on Primrose Hill, feasting on superlative views and a Scotch egg or two, pausing only to fly a kite on the summer breeze – needless to say, the higher you’re willing to climb, the better. It’s within ambling distance of Camden, Regent’s Canal and Abbey Road and, more importantly, a throng of artisanal delis and cafés for stocking up on picnic fodder – Greenberry Café is our favourite. Great for people-watching.

Don’t fancy finger sandwiches? Pick up some globe-trotting fare from Greenwich Market before rolling out your blanket in London’s oldest Royal Park – the Rose Garden is especially pretty in June and July. Later, climb towards the Royal Observatory (warning: this is a killer for the calves) for views across the Thames or dip into the National Maritime Museum or Cutty Sark. If this is a little touristy for your picnicking tastes, try Telegraph Hill instead, where a farmers’ market is held on Saturday mornings.

The Horniman Museum is best known as the UK’s most eclectic collection of anthropological artefacts and curios of natural history – oh, and a few musical instruments to boot. But that’s to overlook its 16 acres of ornamental gardens, grasslands and nature trails. We like finding a comfy spot of grass by the Edwardian bandstand in Meadow Field. Just remember: dogs are allowed off the lead here, so guard your cold cuts carefully. If the clouds are breaking, take shelter in the Dutch barn. Entry is free.

You’ll have to pay an entry fee to get into the Royal Botanic Gardens, but its 130 hectares of landscaped lawns dotted with exotic glasshouses, arboretums, treetop walks and the like are well worth the pennies. Choose between rambling woodland, a designated eating spot at Brentford Gate and lakeside picnic benches for your feast – if you’ve not brought anything along, its cafés, restaurants and pop-up eateries will sort you out. Not green enough for you? Kew has banned single-use plastics. 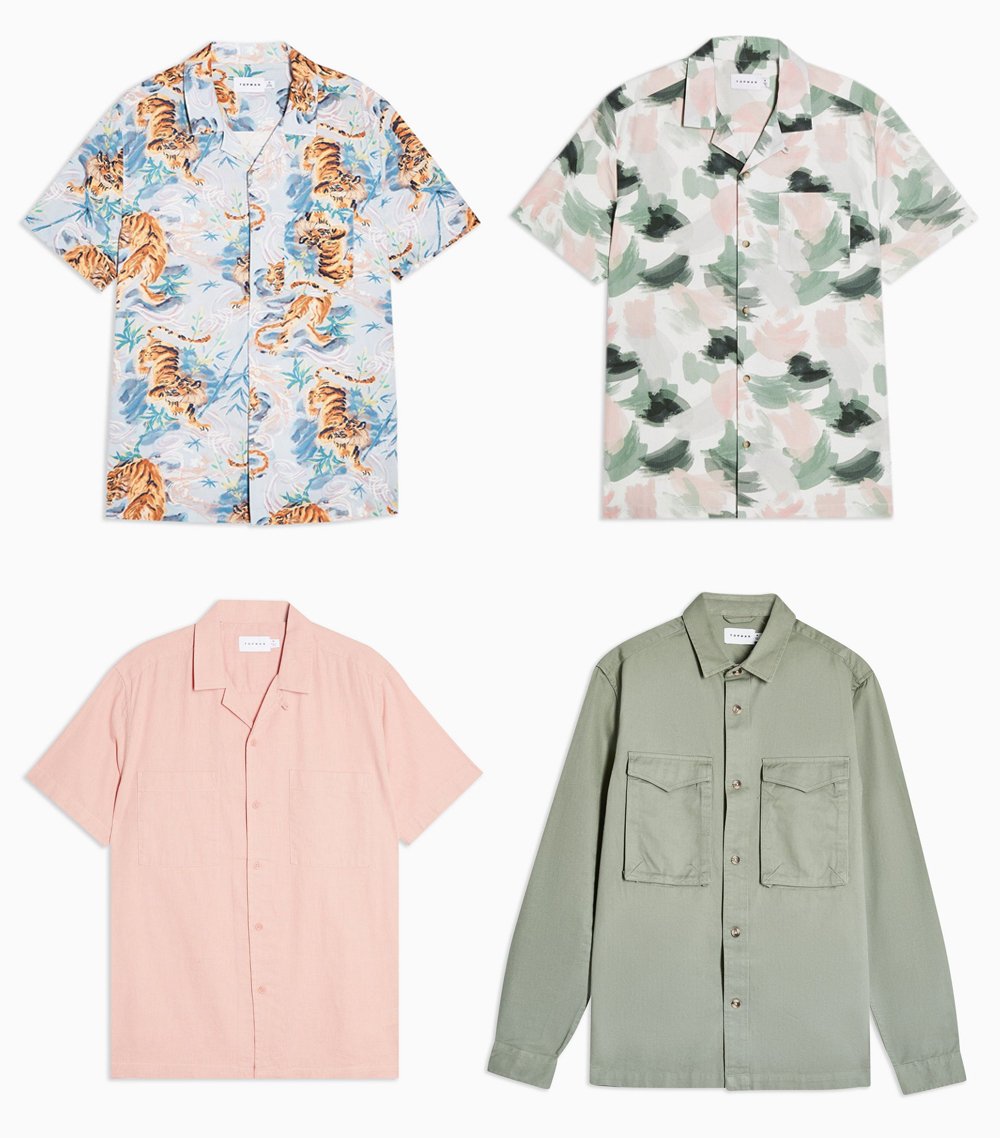 SUITCASE Magazine is a print magazine and website dedicated to helping the next generation of travellers to discover global destinations and cultures beyond the standard tourist path.

How To Get Tom Hardy’s Taboo Haircut

These 10 Horror Films Are The Best On Netflix Right Now

How To Pick Your New-Season Coats & Jackets

Find Out Which Men’s Hair Fade Suits You Best